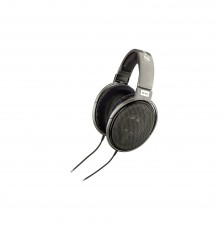 The headphones and headsets from the Wedemark-based company Sennheiser have been used in aircraft and living rooms around the world for years. We have already tested many of the German manufacturer’s products and in this test report we take a closer look at one of their flagships, the Sennheiser HD650.

For the past few years Sennheiser has been shining with its hi-fi products, headphones and microphones that make the voices of Michel Jarre, Michael Bublé and Frank Sinatra sound more alive. But musicians like Peter Maffay and Beyonce also rely on products from the manufacturer. In the hi-fi sector, the company shone for the first time with the HD414, the world’s first open headphones. To date, no other product has sold as well as the HD414. The HD650 has been available since late 2003, but Sennheiser has improved the drivers over the years.

Technology: That’s what’s in it

The technical data are absolutely meaningless for the average petrol consumer. What is important: The weight is 260 grams, the cable length is three meters and the jack plug is 6.3mm thick. Sennheiser includes a 3.5 mm adapter so that the headphones can also be used with today’s devices. The 40 mm drivers are a further development of the HD600. Interesting and unusual for today’s standards: the headphones have an OFC cable on both sides. Practical: The cable can be removed and cable breakage can be avoided during transport. With a nominal impedance of 300 ohms at a sound pressure level of 103dB, a capable system is a prerequisite: the Sennheiser HD650 would like to have a proud 300 milliamperes in order to produce good sound. A headphone amplifier is recommended for these headphones.

Almost ten years later, the Sennheiser HD650 still looks timelessly good. The large ear cups and the anthracite lacquered headband with the manufacturer’s name and logo as the inscription are striking. As expected, the headband can be easily adjusted and the headphones fit even large heads. The ear cups, which are also painted grey, can also be adjusted as desired. In contrast to modern headphones, the drivers of this model can be seen through the grey protective grille. No savings were made in terms of workmanship: nothing smells of cheap plastic, there is no squeaking. There is one problem, however, and it is typical for Sennheiser: The paint on the headband peels off after some time, no matter how well the product is treated. There is room for improvement here.

Sound: This is how it sounds

For a long time now, Sennheiser has had its very own company tuning, which definitely stands out among other products. With the HD650, you no longer hear that “Sennheiser carpet” that sounded like someone holding a curtain in front of the concert stage with other devices. We tested different songs in the test:

“Linkin Park - Points Of Authority” is from the preloudness era and has a lot of screaming moments in the chorus. Very good to hear is the drums, which sound very clean. The HD650 doesn’t seem to quite catch up with faster passages. On the other hand, it shines in the mids and voice reproduction, but has small weaknesses in the electric guitars.

“Michael Bublé - Cry me a river” has not only a dominant voice of the singer, but also a huge orchestra, which the headphones display very well without distorting. The voice of Buble is dominant and nice to listen to.

“Vivaldi - Presto” is a fast track, which the HD650 has its problems with. Similar to Linkin Park, it doesn’t seem to quite keep up with the fast and demanding piece.

“Adele - Rumour Has It” is just made for this headphone. Starting with the backing vocals, over the drums up to Adele’s dominant voice, everything sounds very powerful and by no means spongy.

Altogether the headphone is suitable for almost all kinds of music, as long as the tracks are quite normal or slow and not too demanding.