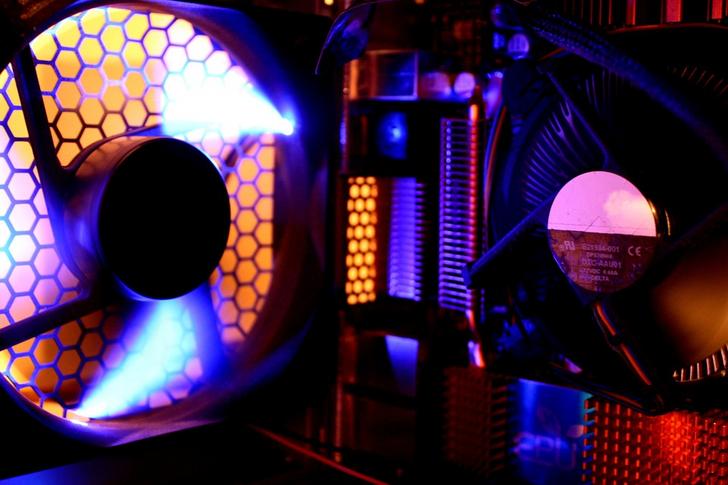 Well, today we are going to show you 5 fan controllers, which will allow you to organize and install as many fans as you want on your PC.

Please note that all the fan controllers have their own accompanying software to better manage the speed of each fan, and often also to control their RGB lighting.

Best fan controllers - how do you even get started looking for one?

Choosing a fan controller is simple, and it depends on how many fans you want to install on your PC. This is because fan controllers can have a very variable number of connectors.

The choice also depends on the size, because even those vary a lot, there are internal controllers, which are connected and installed inside the case, or those that are installed outside, where CD players are often located.

The choice obviously also depends on the price and therefore how much you want to spend.

And finally on the aesthetic side, which is a subjective thing, and that’s up to you.

The first fan controller is an extremely economical product, in fact with just 15€ you’ll take home a great component, which will expand the fan capacity of your PC.

You can control up to 10 fans at the same time, and all of them can be controlled independently of each other.

So you can set different speeds for each fan.

Compatible fans are both 3-pin and 4-pin fans.

It is powered via a SATA port, so that it has a stable and fast connection and allows the 10 fans to be powered.

Installation is quick and easy, in the box you will find a Velcro sticker and screws that will perfectly match the fan hub and allow you to attach it wherever you want, anywhere in the house, in a precise and stable way.

The fans can be controlled both by BIOS and by any third party software.

The design is the result of painstaking work, not so much for aesthetics, but to improve dissipation principles, keeping doors and cables away.

However, the aesthetics remains very nice, simple and functional.

With the second fan controller we are still in an extremely economical range.

In fact just 17€ for such a product seems very few.

Thermaltake has also thought of an item to expand the ability of your build to mount new fans and improve the order within your configuration.

Able to connect 10 fans at the same time.

Through a third party software, not necessarily because of the thermaltake, you can control the speed of every single fan.

Through the SATA power input, you will have an extremely stable connection.

The Commander FP comes with 5 reusable cable ties, 2 Velcro tabs to keep your cables clean and tidy, so you have optimal cable management.

On the aesthetic side, it is extremely similar to the previous one, a very simple and elegant design, without too many details.

In addition, the aesthetic side has been studied in combination with the shape to allow better heat dissipation and above all keep the various fan cables at a distance.

The third controller will not only allow you to expand the capacity of your build to contain fans, but also to control their RGB effects at their best.

It’s a very different product from the previous ones, that’s why the price starts to be higher and to soar, in fact it goes up to about 33€, which doesn’t make it a cheap product of its own.

The fan controller or RGB hub that we are talking about is very well equipped, in fact you can install four more fans through the 4 ports provided, or, since we are not talking about a simple fan hub, even LED strips.

In addition, you will have a sata entry.

You can expand the capacity of your fans enough, and with any third party software you can set their speed in total autonomy, and not only!

In fact, thanks to the cooler master software you can control the complete lighting.

You can also install LED strips and you can set the various lighting effects.

In addition you will be provided with 5 cables, or rather extensions, to connect the various fans.

Aesthetically it has a nice charm, in fact it is elegant and in the case will add something extra for sure.

NZXT Sentry 3 - With a Display Touch

Who said fan controllers have to be compact in size?

What we’re about to show you is in fact very bulky but it’s also very special, it doesn’t look like anything we’ve dealt with before.

In fact, it has a screen that will show you a series of important info regarding temperature, fan speed and how many fans are connected.

In addition, since the screen is a touch screen you can set the fan speed directly from there.

You can connect up to 5 fans, but you can’t control the possible RGB effects.

In fact, the lighting of the fans will vary according to the power set to the fans by the control unit, or rather the intensity.

Aesthetically it’s really cool, it will project you into the future and make your build look like a NASA PC or the future.

But of course there are also some flaws, the main problem is not being able to control the lighting.

The screen is also backlit and illuminates, and not a little bit, an added value, don’t you think?

It is an extremely convenient control unit, as it will allow you to control your fans without other software and with simple gestures.

For a product like this and for a control unit like this, it seems a good price.

The last control unit is a really excellent product, we are talking about the best seller in this category, and a control unit almost without limits.

You can control a large quantntroller, plus the two dedicated to LED strips.

You will also have 4 ports for temperature sensors and 2 USB inputs.

It is perfectly compatible with CORSAIR LINK devices.

As you can see the connectivity has very few limits, and is very expanded.

Both for fans and RGB strips.

It is installed inside the case in a very simple way, supported by an extremely efficient and stable magnet.

Aesthetically it has been designed to have a low profile and therefore be easily hidden inside the case, although it has a really nice shape and may not even be hidden.

« Intel Eleventh generation desktop and workstation cores only in 2021?
Do we need a 10 Gigabit Ethernet Yet? »
comments powered by Disqus