Do we need a 10 Gigabit Ethernet Yet? 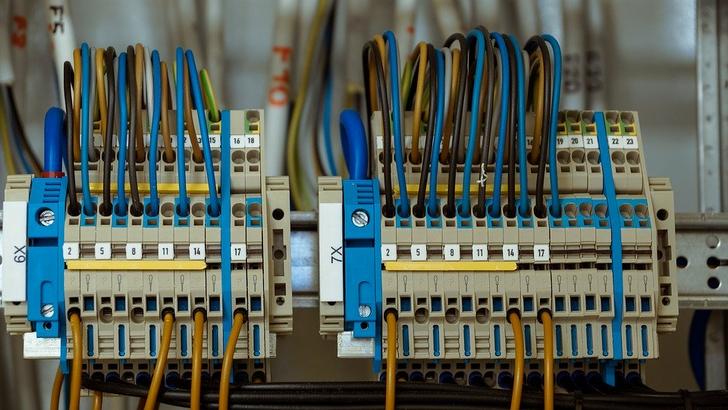 You may have noticed in the last two years on new motherboards, and especially on high-end motherboards, that they come with one or two so-called 10 Gigabit Ethernet ports. These are a bit more advanced than the original gigabit interfaces because they can support more than one gigabit, which is 1000 Mbps. higher transmission rates, so what exactly is the difference between 10 Gigabit and the currently common Gigabit network, and where does it fit in our What role can it play in practical applications? This super classroom will provide a Q&A session on 10GbE networks, which are just starting on the road to popularity.

As the name implies, the 10 Gigabit Ethernet (Ethernet), which is capable of transmission rates of up to 10 Gbps, puts the If the data units are converted to bytes, the transfer speed would be around 1250 MB/s, which is higher than the current gigabit network.

Of course, the 10 Gigabit network also does more than simply increase the transmission rate tenfold, it makes changes to some specifications that have been used for a long time by previous standards, for example, it only has a full-duplex operating mode.

In terms of communication, the concept of duplex refers to the ability of two parties to exchange data with each other, which, in simple terms, is the opposite of one-way The concept of data transfer. On top of the operating mode, there are generally two types of half-duplex and full-duplex. In half-duplex mode, only one direction of data can be transmitted at the same time, while full-duplex mode allows both sides to Simultaneously sending data to each other. In the Ethernet standards prior to 10GbE, both half-duplex/full-duplex modes of operation were retained for compatibility, with network devices The agreement to perform the working mode automatically.

In the gigabit era, the half-duplex mode was so rare that some devices just didn’t support it. By the time the 10 Gigabit Ethernet standard was developed, the standards makers simply did away with the half-duplex mode. In other words, as long as 10 Gigabit Ethernet is used, network devices will work in full-duplex mode. On top of the physical layer, the 10 Gigabit network replaced the original 8b/10b encoding with a more efficient 64b/66b encoding method This reduces the overhead of calibration.

There are a number of benefits to a 10 Gigabit network, but we don’t seem to have much need to spend the money to upgrade our broadband bandwidth to a 10 Gigabit network yet Not to the point of running out of gigabit networks, then why in the past two years, online tutorials for deploying all kinds of 10 Gigabit networks have become popular? This is primarily due to the multifaceted demands from users that have led to the accelerating adoption of 10G networks, most notably from local area networks (LANs). Internal transmission rate needs, for example, the new Wi-Fi 6.

The Wi-Fi 6, which has been gaining steam since last year, is the 802.11ax protocol, which uses 160MHz The single-stream speed has been able to reach 1200Mbps at the current common 2x2 MIMO bandwidth. The transfer rate of the Wi-Fi is already as high as 2.4Gbps. There are also already routers that have pushed the theoretical Wi-Fi rate to as high as 10.8Gbps by their own means. The actual speed is not as high as the theoretical value, but surpassing the upper limit of a gigabit network is a very easy task. If you’re pulling files from above a device on your local LAN via Wi-Fi 6, there’s a good chance that you’ll be limited by the gigabit network The transfer speed doesn’t play to the true level of Wi-Fi 6.

In addition to the need for wireless transmission, bottlenecks between wired devices have also been put on the table, such as the one that is now springing up. Video studios of all sizes that usually pop up, and since equipment capable of shooting 4K movies is now widely available, many video studios will Choose to use this resolution for pre-shoot work, take the now common Sony A7III as an example, it’s 4K film Code rate can reach 100 Mbps, with it to shoot 10-minute source footage, the size of the video file on the It’s already a whopping 7 GB.

In a video studio, there may be multiple people collaborating on a project, and the source material is shared over the network. The gigabit network has become a significant bottleneck in coping with this situation - transferring a file of 10GB in size with it would take a lot of time. Waiting for nearly two minutes, and directing material between the network storage and the local machine takes a long time, seriously affecting the efficiency of the work.

What’s more, this is still a case of using body-compressed video as source material, there are now a number of video studios in the material above can be said to pull to the extreme point, what 4K RAW, 8K RED RAW, higher quality source material on the cable network put forward higher requirements, for these in pursuit of the ultimate content creators, only higher speed 10 Gigabit network can meet their needs.

Both of these requirements are essential for file transfer, while there is another application with a high demand for network bandwidth already in this Slowly coming into our lives in two years is cloud gaming. Cloud gaming platforms like Google Stadia and GeForce NOW have a higher barrier to entry, and we’re not accessible, but a “cloud game” like Steam Remote Play can be played on your own LAN. But a lot of gamers are already using it. The PC in the study is used as a console to run the game, while the graphics and audio are compressed somewhat and sent to the TV in the living room.

The compression ratio is of course not much higher than that of the picture quality and low latency at the same time. Network bandwidth requirements, if you are streaming 4K games, then the demand for network bandwidth is even higher, 10 Gigabit network is A better option for this kind of play.

The above requirements are relatively close to us, in fact, 10GbE and even 40GbE and 100GbE have been in all kinds of data centers for a long time, it has long been taking on the huge amount of data exchange needs on the Internet.

The standards related to 10Gigabit networks were first promulgated in 2002, more than a decade ago now, but it seems that only in the last two or three years have we heard about its application, and why is that?

The main problem is actually a lack of demand. The above mentioned several needs that are quite close to us, but these are actually relatively niche applications for the general public. To say that the most intuitive experience of the 10 Gigabit network, is the download speed. But at present, the highest domestic home broadband specifications may only be to gigabit, and only some foreign regions opened super-gigabit broadband. Until home broadband bandwidth generally exceeds gigabit, we won’t be able to experience speeds below 1GB per second for a while.

In addition to demand, another very real problem is the inability of the transmission medium to keep up. The 10Gigabit network supports different physical layer standards, some based on optical fiber, but also based on copper, which for twisted pair cable requirements are six types of lines (Cat 6) and above, a normal Category 6 line can take on the transmission needs of a 10 Gigabit network over a distance of 55 meters, whereas if the Switching to a Super Category 6 cable (Cat 6a) will allow you to use a 10 Gigabit network within a 100-meter radius.

Nowadays, the more commonly used network cables, which are also based on copper twisted pair cables, are divided into different types according to the degree of stranding of the internal cores, wire diameter, and other specifications. types of cable, the most common type of network cable today is Category 5 (Cat 5) or Super Category 5 (Cat 5e), they are able to provide 100MHz/125MHz transmission frequencies to meet the needs of gigabit networks, most houses today are in the Both types of network cables were pre-buried at the time of construction, but in the age of 10 Gigabit networks, they are no longer sufficient to meet the demand.

It’s not easy to use 10 Gigabit Ethernet in most residential houses and offices today, and rewiring is almost a certainty, but this The project is very time-consuming, labor-intensive, and costly, and few average homes or small business users would pay for this critical piece of work. The technology that has little impact on daily life makes a big difference to your house. Aside from the cables to be replaced, network infrastructure like routers and switches will definitely have to be upgraded to 10 Gigabit standard to be used, right, as compared to Affordable gigabit infrastructure, 10 gigabits is going to be much more expensive.

The price of an ordinary home switch has to be more than a thousand dollars, and can meet the price of small business switches is even more expensive.

So there will certainly still be a lot of users who don’t want to do this kind of big project and want to use a faster network, in addition to switching to a better wireless network. In addition to that, there are some transition options proposed by the manufacturers, so what are they? One of these is the 2.5GbE that is heavily available on the latest 400 series motherboards, the other is a bit faster. 5GbE, they can both be considered as transitional solutions in the development of gigabit to 10GbE.

In summary: the future of mainstream wireless technology, but not without a 10Gigabit network to lay the groundwork

In fact, in daily life, the use of wired network scenarios is slowly becoming less and less, and now the popularity of wireless networks has been very high! , its several years of having to ask for a Wi-Fi password everywhere you go is a big true reflection of the high penetration of wireless networks. Many devices, including laptops, have already eliminated their wired network ports, and the trend toward full wireless is quite clear. But wireless networks are inseparable from wired networks, and the latter will play a fundamental role in the future, providing solid Foundation.

Back to the question brought out by the title of this article - “Do we need a 10 Gigabit network?” The answer is obvious - we need it. With the Internet still growing at a rapid pace, the amount of data we generate every day is arguably growing exponentially, and for data The faster the transmission speed, the better, and the not-so-new technology of the 10Gigabit network will allow us to better cope with the already high demands of the market. in exploding amounts of data. The demand is driving technology forward and driving them to become increasingly commonplace, and I believe that soon we will be using PCs on a daily basis and see that it shows a 10Gbps wired connection.