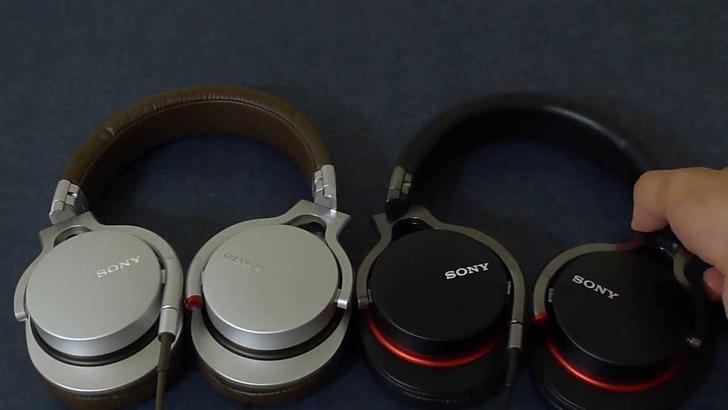 We have already tested a few headphones from the Japanese electronics giant. Today, we’re going to take a closer look at another product from the land of the rising sun, the Sony MDR-1 series of headphones. This closed premium device not only wants to amaze with its great design, but also with its sound, of course. Whether the headphone series can enchant us is shown in this review.

In the course of our career we have already unpacked a few headphones, held them in our hands, examined and listened to them. Nevertheless, the Sony MDR-1R overwhelmed us. You can already see when you unpack it that the Japanese have worked hard on this product. As mentioned before, this is a product line:

In this test we only looked at and tested the entry-level model. After unpacking, the great design is of course striking. Sony has not spared on high-quality materials. You feel a bit like in an upper class car when you put it on. Everything is quiet and you can listen to music undisturbed. The recommended retail price of the entry-level model is 249 euro, for the two brothers the Japanese charge 349 and 399 euro respectively.

Even though the three models of the MDR-1R series differ in their designation, they are identical in their basic construction. The black and red headphones are mostly made of plastic, but they are definitely high-quality material. The whole construction of the product looks very high quality. The bracket can be adjusted in width and locks in place very comfortably. Of course, leather should not be missing at this price - it does not. The red ring on the ear cups is a beautiful feature and is the optical highlight of the headphones.

If you want to wear these headphones on the go, Sony hasn’t forgotten: A transport bag is included in the scope of delivery. Also included are two 1.2 meter long cables. One of them has a built-in remote control and microphone: With it, the headphones can be used on smartphones and music players. Sony probably didn’t think about home users, as the cable is definitely too short for use on the TV, computer or music system.

When it comes to wearing comfort, the first thing that stands out is the weight: With only 240 grams, the Sony MDR-1R is a real lightweight, which isn’t noticeable when listening to music. The butter-soft ear pads and the equally comfortable leather earpiece support the wearing comfort. After about five hours of continuous listening, we didn’t find the headphones disturbing or annoying.

With the Sony MDR-1R, music lovers can easily listen to music on the go, because they don’t cut anyone off completely from the outside world unless you exaggerate with the volume. The soundstage that the headphones emit into the environment is also kept within limits. The neighbours on the bus will only listen to the music if the volume of the iPod is over 75 percent - and that is not recommended for health reasons!

For the sound test, we operated the Sony MDR-1R at three sources: First, the headphones had to hold their own with our stereo system: In the test with audio CDs but also some compressed AAC files from the iTunes Store, the headphones were able to convince with their neutral but not exciting sound. The voices are present and the bass is very present and powerful. What we are missing a bit is the wide sound stage that you are used to in rock songs. Minimalistic pieces on the other hand sound great.

After the test on the stereo system, a test on our iPhone 5 and the Wii U game console followed. The sound on the iPhone was almost identical, although the bass sounded a bit weaker. We didn’t test music on our Wii U, but games: Here, the bass-accented headphones in Call of Duty: Black Ops 2 were able to convince with the booming in our ears. Voices are transmitted clearly and explosions quake, creating a great atmosphere. In ZombiU we had to stop the game prematurely - the detailed sound reproduction made the game too scary for us.

The Sony MDR-1R headphones are worth their money. The crystal-clear sound at home or on the road will audibly shorten music lovers’ free time or waiting for the bus.